NBA All-Star Rudy Gobert is being traded to the Minnesota Timberwolves from the Utah Jazz, following a busy night of trade action in the NBA.

Minnesota are receiving one of the best defenders in the NBA. Gobert is a three-time Kia Defensive Player of the Year and has been a First Team All-Defensive selection for six straight seasons. He has made the All-Star Game in three consecutive seasons with averages of 15 points and 13.9 rebounds.

He leaves a Jazz team that has loaded up on a slew of future assets since the start of free agency. Utah acquired a 2023 first-round pick from the Brooklyn Nets on Thursday in exchange for Royce O’Neale.

This week the Jazz also hired Will Hardy – a long-time San Antonio assistant and an assistant for Boston on their run to the Eastern Conference title this past season – to take over on the bench.

And now, Gobert leaves, officially ending his pairing with guard Donovan Mitchell in Utah – an on-court relationship that seemed really good at times, and strained at other moments. ESPN‘s Adrian Wojnarowksi reports that Utah’s intention is now to retool their roster and build around Mitchell.

There have been a series of disappointing playoff exits for Gobert and Mitchell, which led to the annual question of whether the two could co-exist on a title-contending team.

Utah entered last season as one of the favourites to win the NBA title. Like a few other teams on the top of that list – the Lakers and Brooklyn, primarily – they wound up as disappointments. The Jazz, who brought back many key players from 2020-21, when they had the NBA’s best regular-season record, lost to the Dallas Mavericks in six games for their second first-round exit in three seasons.

Meanwhile, Gobert is part of a new duo now: Twin Towers in the Twin Cities.

He will start alongside elite big man Karl-Anthony Towns, forming what arguably will be the best 1-2 big-man punch in the league. Minnesota, barring other moves, could have a starting line-up of D’Angelo Russell, Anthony Edwards, Jaden McDaniels, along with Gobert and Towns.

Notable rotation players Malik Beasley and Patrick Beverley are among those to leave Minnesota.

Minnesota struck the deal less than 24 hours from coming to an agreement on a $224m, four-year extension with Towns, who is now under contract for the next six years.

Gobert has four years and $170m left on a five-year, $205m deal he signed with the Jazz last summer. 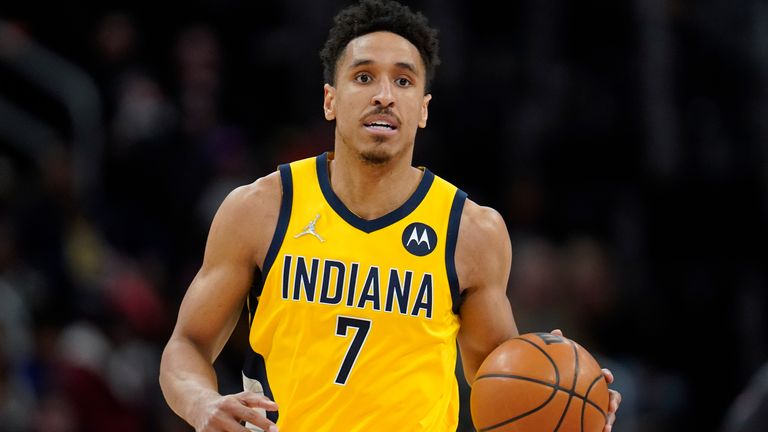 The Boston Celtics have acquired Malcolm Brogdon from the Indiana Pacers in a multi-player deal, according to multiple reports.

Brogdon’s fate with Indiana was essentially sealed when the Pacers acquired point guard Tyrese Haliburton from Sacramento in a flurry of moves at the mid-season trade deadline. It was clear the franchise would rebuild the team with Haliburton as the foundational piece.

Many expected Brogdon would be dealt on draft night, but Boston finally provided the offer Indiana were seeking on the second day of free agency.

The Pacers receive Daniel Theis, Aaron Nesmith and Nic Stauskas – both first-round picks – Juwan Morgan and Malik Fitts. Aside from adding Theis’ physical presence, the Pacers could now have three first-round picks in 2023 and enough cap room to give them an additional $31m to spend.

In Brogdon, the Celtics are getting a proven leader who averaged 19.1 points, 5.9 assists and 5.1 rebounds last season. And he should fit right in with a backcourt that already features Marcus Smart, Jaylen Brown and Derrick White, who played a key role in Boston’s run to their first NBA Finals appearance since 2010. The Celtics lost to Golden State in six games.

Huerter traded to Kings from Hawks The Atlanta Hawks are trading Kevin Huerter to the Sacramento Kings in exchange for Justin Holiday, Moe Harkless and a future first-round pick, according to multiple reports.

Huerter averaged 11.4 points in four seasons with Atlanta after being selected by the Hawks with the No 19 pick in the 2018 draft. He was a starter for the overwhelming majority of his time in Atlanta.

But a trade seemed likely after the Hawks added guard Dejounte Murray in a trade with San Antonio this week, creating a backcourt pairing of young All-Stars – Murray and Trae Young.

Holiday spent 26 games with the Hawks in the 2015-16 season and averaged 8.3 points for the Kings this past season. He reunites with his brother, Aaron Holiday, who reportedly agreed to a one-year deal with Atlanta on Friday.

Full Van Hollen: We need to make Taiwan into a ‘porcupine’