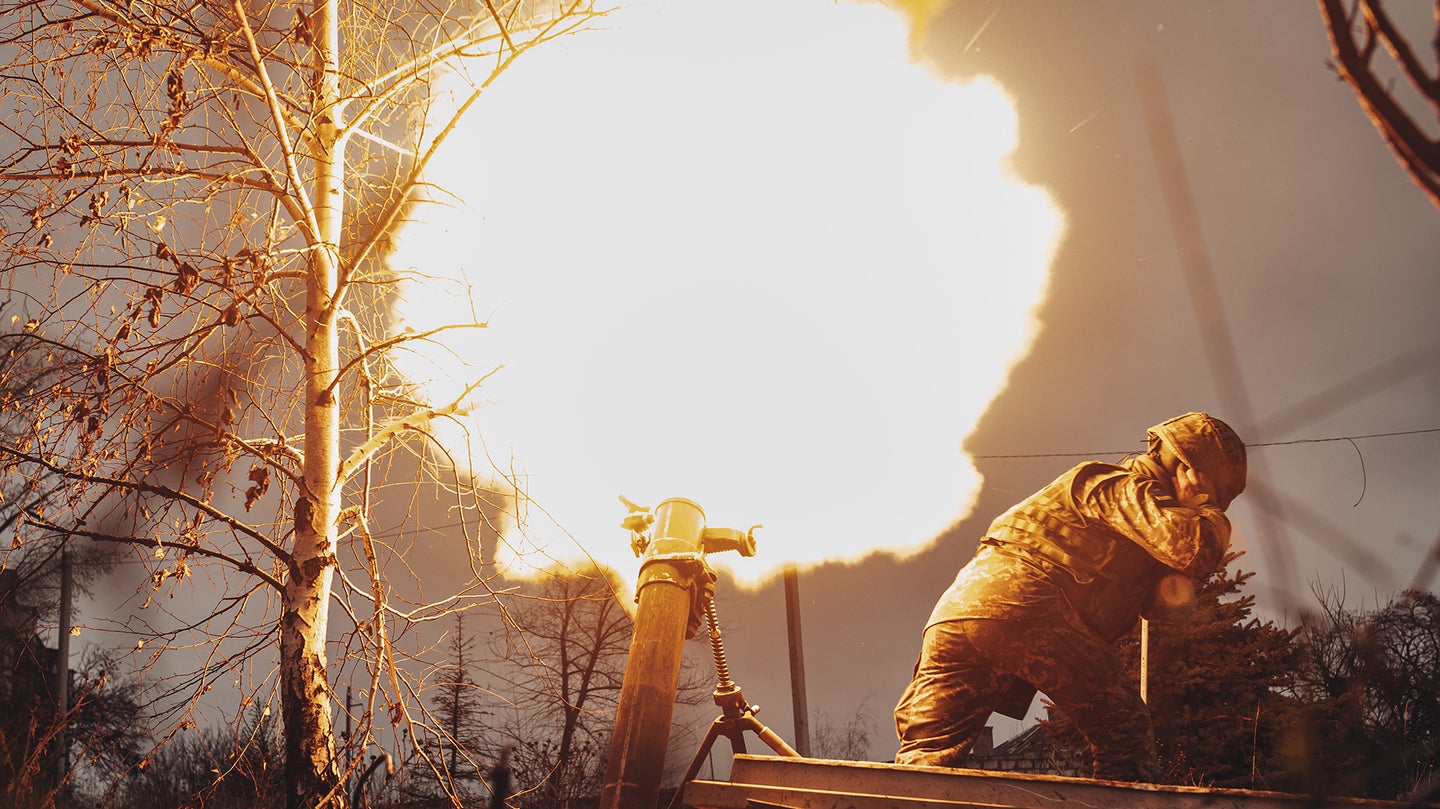 Ukraine and Russia are locked into a grinding war of attrition in which the first side to become exhausted will lose.

On paper, Russia went into this conflict with a tremendous advantage in manpower over Ukraine. Russia has a population of roughly 142 million, according to the U.S. Census Bureau, although several hundred thousand Russian men fled the country this year to avoid being drafted. Ukraine has a much smaller population of about 43.5 million, according to Census Bureau data.

Even though Russia has a much larger pool of military-aged people to draw upon than Ukraine, Russia’s efforts to replace its combat losses have bordered on acts of desperation. Russia has been forced to mobilize old men, and the Wagner Group private military company has reportedly recruited Russian prisoners, including those convicted for sex crimes, to fight in Ukraine. Earlier this month, video emerged of a 51-year-old Russian man who had joined Wagner being executed with a sledgehammer for allegedly defecting to the Ukrainian side.

It is important to remember that a country with a large population may have difficulties producing a large fighting force, said retired Marine Col. Michael Samarov, who managed a team for planning Russia, Europe, and NATO strategy and policy that advised the chairman of the Joint Chiefs of Staff.

. Get the latest military news, entertainment, and gear in your inbox daily.

“Ukraine mobilized its society completely, initially,” Samarov told Task & Purpose. “Russia, for various reasons, has not and is struggling to do so. Part of this is the inherent advantage of being on the strategic defensive. When your country is invaded and your very existence is under threat, the justification is self-evident. Whereas it’s pretty clear that in spite of the Putin regime’s best efforts, the justification is not self-evident inside Russia.”

Although many Ukrainians and Russians have left their countries since the conflict began, Ukraine has been able to retain a large portion of its population that can serve in combat, while many Russians fit for military service have fled to avoid conscription, he said.

However, Ukrainian President Volodymyr Zelensky must maintain his popular support while Russian President Vladimir Putin does not have to worry about being voted out of office, Samarov said. Zelensky also needs to make sure that the United States and other NATO allies continue to provide his country with military assistance.

As long as Ukraine continues to receive Western military assistance, it will hold a crucial advantage over the Russians, even though the fight ahead will not be easy, said retired Marine Col. J.D. Williams, a defense policy researcher with the RAND Corporation.

“I think the big question is ‘could they retake Crimea?’” Williams told Task & Purpose. “I think Russia would view that differently. That, I think, would be kind of the big litmus test. But I could see Ukraine continuing to have the advantage and make gains everywhere else in the country.”

Russia’s unprovoked invasion of Ukraine on Feb. 24 unleashed the biggest conflict on European soil since the end of World War II. Casualties on both sides have been enormous.

It is unclear which side has suffered greater combat losses so far. Army Gen. Mark Milley, chairman of the Joint Chiefs of Staff, recently said that “well over” 100,000 Russian troops have been killed and wounded since February. Milley also estimated that Ukraine “probably” has lost a comparable number of troops.

However, Ukraine has intentionally been “very, very opaque” about its military losses, said retired Army Lt. Col. Alexander Vindman, an expert on Russia and Ukraine.

When Vindman visited Ukraine in August, he learned that a significant number of Ukrainian troops had been killed and wounded, but Russia’s combat losses were much higher. Moreover, Vindman said his initial concerns about whether Ukraine could mount effective combat operations after losing so many field-grade officers were allayed by the Ukrainian military’s recent offensive, which has retaken Kharkiv, Kherson, and other parts of the country.

“The winter is going to be particularly hard on the Russians,” said Vindman, a senior fellow with the Foreign Policy Institute of The Johns Hopkins University’s Paul H. Nitze School of Advanced International Studies. “They’re underequipped. Whereas the Ukrainians are well equipped — you can see it in some of the footage that’s coming across.”

Because Ukraine has mobilized its entire population for war, Ukrainian troops have been better trained and equipped than the replacement forces that Russia has sent to the front lines, said Karolina Hird, a Russia analyst with the Institute for the Study of War think tank in Washington, D.C.

“This is how we’re seeing this war of attrition play out,” Hird told Task & Purpose. “Russian forces are pinned on small settlements — especially in the Donbas around Bakhmut — pinned on smaller, operationally insignificant settlements, taking high losses in operations to capture these settlements, and then plugging gaps in the forces here with hastily mobilized, poorly trained recruits, which of course is going to lead to higher losses.”

The Ukrainian military has also benefited from NATO training, and it has produced higher quality officers than the Russians, Hird said. Meanwhile, the Russian military has also lost a high number of officers during the conflict, depriving its forces of its best trained leaders, “and that transfers down to the lowest level of service recruits,” she said.

“Comparatively, Ukraine seems much more able to absorb and push through combat losses than Russian troops,” Hird said. “The fact that Russia is taking such high combat losses and is unable to sustain operationally significant gains will be to its continued detriment.”

With continued training and weaponry from its Western partners, Ukraine can keep fighting in the years to come, she said.

The latest on Task & Purpose

Want to write for Task & Purpose?Click here. Or check out the latest stories onour homepage.

The post How Ukraine can win a war of attrition against Russia appeared first on Task & Purpose.