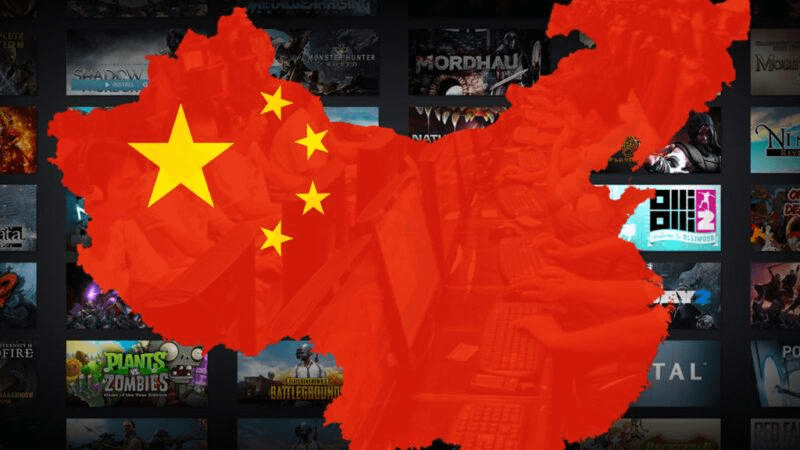 China’s economic rise over the past years can definitely impress one with its magnitude. Chinese tech companies like Huawei, Lenovo, and Xiaomi quickly became market leaders. Even during the turbulent times, this country’s economy stays stable, and, as a result, its population is able and willing to pay. Beijing is snapping at Silicon Valley’s heels, and their government provides tech companies with all the necessary conditions for successful growth. In the context of the escalated geopolitical situation in the world, more and more companies are trying to enter the unshakable Chinese market. Here at ZiMAD, a mobile game development and publishing company, we have vast expertise in working with China. Our Marketing Director, Aleksey Tishakov, will share some insights on business processes and promoting IT products on the Chinese market.

China is an extremely attractive market for mobile app publishers from all over the world. And no wonder — if you take a look at such key figures as revenue and the number of users, you can’t but notice that the Chinese video game industry is currently the world’s largest market. It’s also characterized by a unique development path compared to the USA or Europe. However, the intense government control can make this market seem too complicated for foreign publishers. Numerous factors should be considered if your aim is to work continuously in China, including the laws you’ll have to comply with.

Entrance for the Chosen Ones

You’ll inevitably encounter the following tendency: the Chinese market is engulfed by national companies. Local projects make the most profit there. Everyone who follows the mobile game market news already knows that your game can’t be released in the Chinese store without having a publishing license, also known as ISBN (International Standard Book Number). It is issued by the NAPP (National Press and Publication Administration), the primary regulator for China’s game industry. The share of foreign developers is only 10% of the issued licenses. Such a limit was imposed to provide local game studios with an opportunity to develop.

What Should You Do? Look for a Chinese!

How to get the precious ISBN and move your product to an entirely new level?

The main problem is that only a Chinese company can get the license. And it’s not enough to simply have an office in China. You have two options:

Use services of local publishers that have all the required documents and are ready to apply for a license and get it for you under certain conditions. Let’s call them partners.

Register your own company in China by getting a business license and approval from the government. Important point: you need to have a co-founder with Chinese citizenship. And then, you can apply for an ISBN on your own.

But the thing is that in both cases, you’ll still need an agent who will either help you to get the ISBN using their resources or counsel you during the process of establishing your company in China. In that country, there’s an unspoken rule to do business in China only with the Chinese, which helps to avoid multiple problems.

The second option requires significant economic and time expenses, so most companies prefer to work through getting an ISBN with a partner. Our experience shows that the estimated time for getting a license varies from 10 to 12 months. If you decide to apply for it and pass all the inspections on your own, it’ll take you over two years to get an ISBN.

Criteria for Choosing a Partner

When choosing a local publisher, it’s important to examine their portfolio — the apps they published and continue to support and update, because terminating the contract with the developer for any reason means losing the right to distribute the game in China. A game can only get one ISBN and can have only one publisher. This publisher should provide the competent authority with the proof of exclusive rights to publish your game in China for at least 12 months.

Cooperation conditions with a partner can be very different. In some cases, the partner is fully engaged in the game distribution in local stores. They can have a carte blanche in adapting builds, unfolding marketing campaigns, making promos, etc. Such terms make the local developer fully responsible for the game’s success on the market and, consequently, they take a big chunk of the income. Sometimes, the main condition of the deal is the opportunity to integrate their own ideas, like a new type of monetization, into your product.

In our case, the partner advises the company on all questions related to preparing the build for ISBN and other work issues. ZiMAD is fully responsible for the development, distribution, and marketing, owning 100% of the revenue. But we also integrate the partner’s advertisement solution, from which they get traffic and, as a result, their own share of income.

Are You and Your Publisher a Match?

The partner estimates the project and expected profits, ensuring that the offered game meets the standards of the market. They also thoroughly review the concept, game design, quality of the script, and cultural context, and check the game for any signs of propaganda, abuse, and violence. If any of the standards and requirements are not met, the game will be sent for a rework. If the app directly contradicts the basic ideological values of China, it won’t be approved for its market.

Features of Local Game Industry: What to Expect?

The top positions of the local stores are usually occupied by RPGs, MMORPGs, and MOBAs characterized by intense user interaction. Competitions are very popular in China, so simply solving a puzzle won’t be enough to satisfy the Asian audience. That’s why our project, Magic Jigsaw Puzzles, showed completely different metrics compared to the western market. If you seriously intend to enter the Chinese market, you should be ready to make changes to any aspect of the product: from game mechanics to the meta of the game.

In order to correspond to the ISBN requirements, our developers removed all localizations except for Chinese, added person identification, and implemented an anti-addiction system — a system for underage users that helps to prevent game addiction. This system limits the gaming time and controls in-game bonuses: the longer you play, the fewer benefits the game offers.

We also removed some puzzle packs to minimize the risks of problems with censorship approval.

The majority of developers want to get into the top Chinese stores like Tencent App Gem, Anzhi, and Xiaomi. But the bigger the store, the tougher the competition with solid local projects. Evaluating your risks, perspectives, and agreements with a particular platform is essential.

While developing the marketing strategy, you’ll encounter tight restrictions related to the advertisement. For example, both the platform and the user who made an obscene comment go through strict censorship. Communication strategies on Chinese platforms are very different from western practices. All foreign newcomers on this market are advised to hire a local digital agency that would create and distribute promo assets and share their expertise with your team. This will increase the chances of success in this region.

We have the experience of preparing promo assets by an agency in China, but test results showed that the assets that we used for Magic Jigsaw Puzzles in western countries were more effective. This may be explained by the fact that our target audience is primarily females and males in their thirties, while the main trends in China are set by gamers from a different demographic group.

A Good Translator Is the Key to Successful Negotiations

No doubt, it’s risky to enter the Chinese market unprepared for the reality of the target country. In China, there’s a phenomenon called “guanxi,” which can be explained as the culture of doing business through your connections. Quite often, multiple mediators stand between the client and the service provider. And all of them prefer to do business in person. Our team couldn’t attend the negotiations, so we discussed the conditions of our cooperation online with multiple lawyers and consultants that accompanied our partner.

We recommend you make sure there’s a person on your team who speaks perfect Chinese. Based on our experience of negotiating with several partners, there’s always a high risk of being walked over. For example, we were offered to buy a restaurant’s menu for $10k instead of the ISBN license. After that, we hired a Chinese-speaking specialist.

All in all, to make sure your game gets its own spot in one of the Chinese stores, you’ll need to do the following:

The huge Chinese mobile ecosystem is drastically different from all other ecosystems in the world, so it’s no surprise that it’s hard for western publishers to enter this enormous market. The good news is that this market really is huge both in terms of users (over 800 mln) and revenue (25% of the world game revenue comes from China). If you’re a developer with global ambitions, don’t forget about the key factors that should be considered before entering the Chinese mobile market:

Your mobile game should be culturally applicable to this market

You need to establish partnerships with local experts

You must have the right distribution strategy.