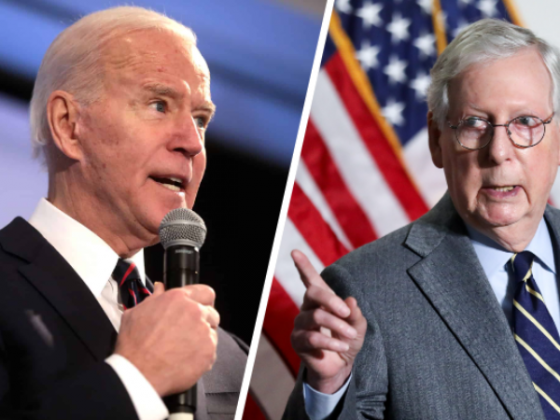 In the wake of a suicide bombing in Kabul, Afghanistan, that left 13 U.S. service members dead, a Florida diner is asking voters who cast their ballot for President Joe Biden to take their business elsewhere.

Angie Ugarte, the owner of the DeBary Diner, put up a sign on the front door that reads, “If you voted for and continue to support and stand behind the worthless, inept and corrupt administration currently inhabiting the White House that is complicit in the death of our servicemen and women in Afghanistan, please take your business elsewhere.”

Ugarte told Fox 35 Orlando, “It was the only thing I felt like I could do.”

She added that she put the sign up after the attack because “I was just angry. I was just let down. I felt like one of those mothers, or wives, or sisters who were gonna get that knock on the door.”

She explained that a lot of her customers are veterans and noted that the diner has a whole wall dedicated to the military.

“If you really, really still stand behind what’s allowed this to happen and the way it happened – which was unnecessary, then I really don’t want to be associated with you in any way, and I certainly don’t want your business,” Ugarte said.

She also said that some people “come to the door and look at [the sign] and turn around and walk away,” while others have told her they “love” it.

On Thursday, a suicide bombing at the Kabul airport killed 13 U.S. service members and scores of Afghans as the U.S. was rushing to evacuate people following the Taliban’s takeover of Afghanistan.

Biden hailed the slain service members as heroes and vowed to hunt down the individuals behind the attack.

“To those who carried out this attack, as well as anyone who wishes America harm, know this: We will not forgive, we will not forget. We will hunt you down and make you pay,” Biden said.