(LifeSiteNews) – mRNA technology pioneer and prominent critic of the COVID-19 establishment Dr. Robert Malone declared that he cannot support former President Donald Trump’s bid to return to the White House as long as the candidate continues to stand by the COVID-19 vaccines his administration oversaw.

During an interview on Real America’s Voice, host David Brody asked if Trump would “acknowledge that the COVID-19 vaccines were not as safe or effective as we were told by the medical community at the time,” citing the U.S. Centers for Disease Control & Prevention’s (CDC’s) recent acknowledgment that it is investigating a potential link between the Bivalent Pfizer-BioNTech vaccine and ischemic stroke for recipients age 65 or above. (The agency later said the link was “very unlikely.”)

NEW: When asked if he has concerns about the safety of Covid Vaccines, President Trump tells me, “Well, I always do, but you have to understand. There are the pros and cons…I never demanded anybody use it. I never had a mandate. And I think that’s very important to know.” pic.twitter.com/P2Aic1Xezz

In response, Trump launched into a self-congratulatory defense of the COVID shots, which were developed and released in a fraction of the time vaccines usually take under his administration’s Operation Warp Speed initiative. “I was able to get something approved that, you know, that has proven to have saved a lot of lives,” he said. “Some people say that I saved 100 million lives worldwide.”

“You have to understand, there are the pros and cons,” the president went on. “Some reports [say] that it’s the greatest thing that’s ever happened and we saved tens of millions of lives. Then you’ll read other reports [that] say there were some problems with the vaccine …but relatively small numbers.

“But, you know, you have many reports that say the vaccines save tens of millions of lives,” Trump reiterated. “That without the vaccines you would have had a thing … where perhaps 100 million people died.”

His answer did not sit well with Malone, who endorsed a declaration that “this will not get elected. I am out,” from Dr. Brian Tyson. He followed up by revealing that he once filmed a video meant to encourage Trump to change his mind on the subject, but it had “no impact.”

Regretfully, I stand with Brian https://t.co/wWGdfwzQcb

I shot a film segment designed to help DJT see the truth. No impact. As I said, it is with regret that I have to agree with Brian. This is different from Mikki’s point. This is DJT’s decision. I disagree

Despite the assurances of the former president and the CDC, there remains ample cause for concern about the safety of the COVID shots.

The U.S. federal government’s Vaccine Adverse Event Reporting System (VAERS) reports 33,591 deaths, 188,857 hospitalizations, 18,181 heart attacks, and 26,166 myocarditis and pericarditis cases as of January 6. An April study out of Israel indicates that COVID infection alone cannot account for such myocarditis cases, despite claims to the contrary. Jab defenders are quick to stress that reports submitted to VAERS are unconfirmed, as anyone can submit one, but CDC researchers have recognized a “high verification rate of reports of myocarditis to VAERS after mRNA-based COVID-19 vaccination,” leading to the conclusion that “under-reporting is more likely” than over-reporting.

In December, Republican U.S. Sen. Ron Johnson of Wisconsin hosted a roundtable discussion during which civil rights attorney Aaron Siri detailed data from the CDC’s V-Safe reporting system revealing that 800,000 of the system’s 10 million participants, or approximately 7.7 percent, reported needing medical care after COVID injection. “Twenty-five percent of those people needed emergency care or were hospitalized, and another 48 percent sought urgent care,” Siri added. “Also, another 25 percent on top of the 7.7 percent reported being unable to work or go to school.”

Another study by a team of American, British, and Canadian researchers, published December 5 by the in the Journal of Medical Ethics, found that COVID booster mandates for university students – a relatively healthy group at relatively low risk from the virus – do far more harm than good: “per COVID-19 hospitalisation prevented, we anticipate at least 18.5 serious adverse events from mRNA vaccines, including 1.5–4.6 booster-associated myopericarditis cases in males (typically requiring hospitalisation).”

Trump’s continued support of the COVID vaccines, which are the only major item among his presidential accomplishments that has not been either reversed by the Biden administration or opposed by corporate media, is arguably the biggest liability of his 2024 campaign.

Since leaving office, he has repeatedly promoted them, including insisting that, as “one of the greatest achievements of mankind,” they would not be controversial if he were still president, and accusing his hesitant supporters of “playing right into their [the Left’s] hands,” all the while stressing that he never supported mandating them.

The persistent negative reception that message received apparently convinced Trump to drop the subject in many of his rallies, though as recently as July 2022 he complained that “we did so much in terms of therapeutics and a word that I’m not allowed to mention. But I’m still proud of that word, because we did that in nine months, and it was supposed to take five years to 12 years. Nobody else could have done it. But I’m not mentioning it in front of my people.”

Trump: But we did so much in terms of therapeutics and a word that I’m not allowed to mention. But I’m still proud of that word… We did that in nine months, and it was supposed to take five years to 12 years. But I’m not mentioning it in front of my people, pic.twitter.com/uiNoExjUmL

Trump’s presumptive main competitor for the Republican presidential nomination, Florida Gov. Ron DeSantis, initially took a similar stance of promoting the vaccines while opposing mandates, though his position markedly changed as more data became available. For more than a year, he and his administration have spoken about the ineffectiveness of the shots, and in recent months his administration has conducted its own study, which concluded that they should not be taken by young men, and pushed for a grand jury investigation into the manufacturers. 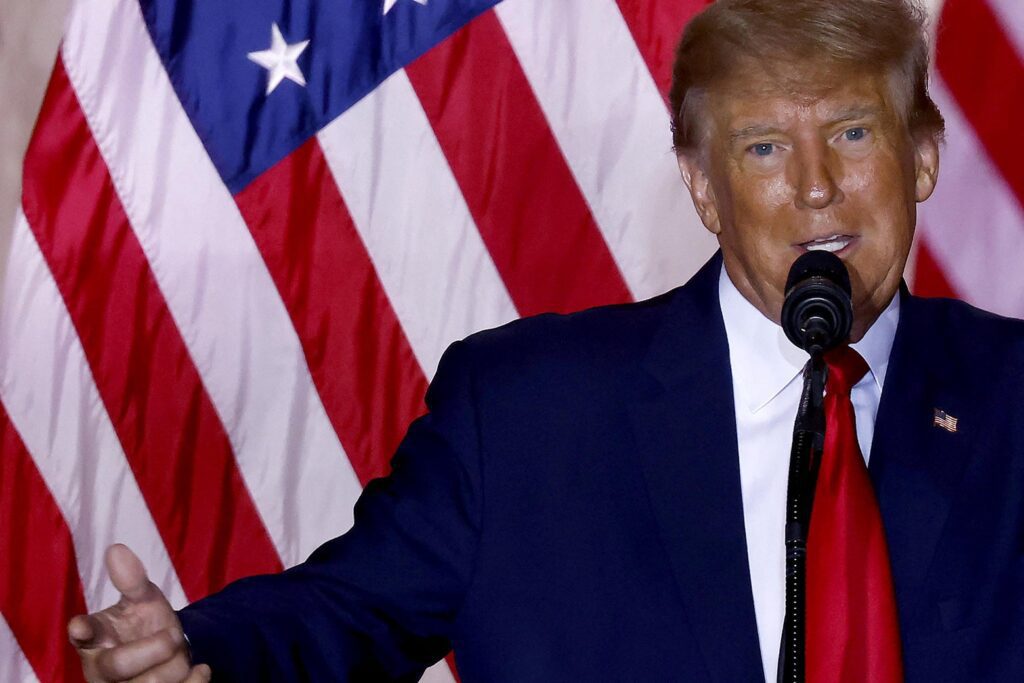 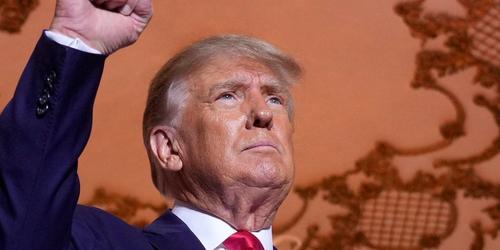