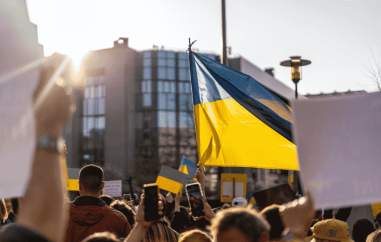 The labor experts in Berlin’s House of Representatives will again deal with Ukrainian war refugees on Thursday. The Left Party wants to discuss in the Labor Committee to what extent “bureaucratic hurdles” can be reduced and Ukrainians can be placed more easily in suitable jobs. For example, degrees held by Ukrainian care workers should be recognized more quickly by the responsible state office for health and social affairs (Lageso), which could necessitate amended ordinances.

“In order to have a professional nursing degree recognized by the Lageso, the waiting time for the initial decision alone is between six months and a year. After that, another training course must be completed. But clinics and homes often don’t have time for this. This is dramatic because the shortage of skilled workers is high,” said Damiano Valgolio, the labor market expert of the left-wing parliamentary group. “It must go faster in the Lageso, for this more training places and an entitlement to participate must be created. This must also apply to refugees from other countries.”

In addition, de facto none of these adaptation courses are offered for certain jobs: for example, for medical-technical assistants and physiotherapists. With regard to the teachers who have fled to Berlin – not only from Ukraine – the Left Party demands that the high language requirements be lowered in places.

So far, the highest German level C2 is required to teach at a school. For certain lessons – sports and music – the requirements profile should be lowered to the second-highest level C1, according to the Left Party. Foreign teachers aged 45 and older should also be allowed to forgo a second subject.

Only on Tuesday, the CDU had called for a debate on the teacher shortage: “More than 26,000 lessons per school year are cancelled, in every school there is arithmetically at least one class with not a single teacher,” said Katharina Günther-Wünsch, education policy spokeswoman of the Union.

According to the Left Party MP Valgolio, the 2022/23 double budget had been increased so that an additional five million euros per year could be invested in the labor market integration of refugees. The motion of the left-wing parliamentary group on Thursday will also deal with skilled trades that are usually recognized by the corresponding chambers. Because formally comparable diplomas from Ukraine are usually missing, the professional qualification should be determined more often by a practical examination.

In principle, the parliamentary groups in the House of Representatives are in agreement, especially with regard to the Ukrainians in Berlin. The opposition FDP had introduced a motion of its social expert Tobias Bauschke in the House of Representatives: The Senate should support the establishment of an ad hoc nursing school “by a suitable carrier” to train interested Ukrainians “unbureaucratically, promptly and free of charge” according to German nursing standards. The proposal of the governing Left Party could now find a majority in parliament with the coalition partners of SPD and Greens. Labor senator is the left-wing politician Katja Kipping.

The reason for the current initiative is “Rechtskreiswechsel” (change of legal status), which means that since June 1, not the social welfare offices but the job centers are responsible for the Ukrainian refugees. Thus, according to a federal decision, the Asylum Seekers’ Benefits Act no longer applies to them, but the more extensive benefits under the Social Code. In addition, the job centers must place the new arrivals in jobs.